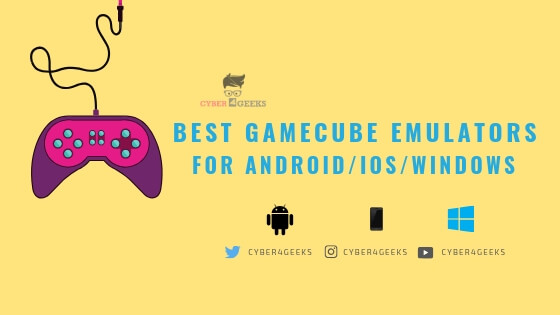 Some of you may remember the revolutionary Gamecube which had a handle on the bags and we could take it anywhere and play. It changed our childhood experiences to a whole new level :). So I’m SUPER excited to show you the BEST Gamecube Emulators for Android, iOS, and Windows

What is Gamecube Emulator?

A Gamecube Emulator is a Software that can be used for playing Nintendo Gamecube Games On your Android/iPhone/PC..or some other Gadgets. And one advantage of this Emulators is this Games will run smoothly and gameplay will be Amazing because of the New Generation Hardware Technologies

After the release of Gamecube in the year 2001, they were in-trend among Gamers, and the Gamers in this generation also wants to play these Games on their Gadgets

Nintendo Gamecube
The Nintendo Gamecube is a home video game console released by Nintendo. The GameCube is the first Nintendo console to use optical discs as its primary storage medium. The discs are in the mini DVD format, and the system was not designed to play full-sized DVDs or audio CDs, unlike its competitors, and focused on gaming instead. The console supports online gaming for a small number of games via a GameCube broadband or modem adapter and can connect to a Game Boy Advance with a link cable, which allows players to access exclusive in-game features using the handheld as a second screen and controller.
Reference: Wikipedia

Maybe due to the terrific demand of Nintendo GameCube emulator, you can easily find NGC emulators on the web. But the purpose is properly served by few.

Here we gonna mention some GameCube emulators that are very best connected to Android devices, to help you make a choice.

Dolphin is a GameCube and Wii emulator with high compatibility across the majority of titles for both platforms. more than 200 peoples hard work over the years made the Dolphin Gamecube Emulator. And Dolphin is rated as the Best Gamecube Emulator for Android

Dolphin runs on Android 5.0 and up on 64-bit Android devices. The Android version of Dolphin is in alpha and should not be expected to work as well as the PC counterpart. (Source: Dolphin Official ). You can download dolphin Gcube emulator apk from below link or download it from Playstore

DraStic is a fast NGC emulator for Android. In addition to being able to play Nintendo DS games full speed on many Android devices.
Worth the money as far as how well it emulates DS games can handle filters, biggest compatibility list for Android, loads of optional features.

ClassicBoy is an All in one emulator let you play classic games by gestures and sensor that you’ve never seen before!. There is a lite & Full version of this app. Full version contains some extra valuable features.
Currently, it runs:

Check Out: How to Increase Internet Speed in Windows

If you need Best Gameboy Advance Emulator for PC

You already saw this name in the section Best NGC Emulators for Android. Yes unlike android version we can use the Stable version of Dolphin on our Windows, MAC or Linux PC.

Dolphin is an emulator for two recent Nintendo video game consoles: the GameCube and the Wii. It allows PC gamers to enjoy games for these two consoles in full HD (1080p) with several enhancements: compatibility with all PC controllers, turbo speed, networked multiplayer and even more

Every game has different requirements some titles may require a powerful computer while some other titles may not, Generally, these are the minimum recommended requirements for Dolphin

Download Developer beta version or stabe version from below link

SuperGCube is a  popular Gamecube emulator for Windows. It is based off the Discontinued Gamecube. This Win32 Emulator can outperform other emulators but unfortunately, the development stopped some time ago and other emulators have outdone Gcube

WhineCube is a GameCube emulator which saw a couple of releases back in the day. It is made with C++ language and only available for Windows. WhineCube can load and execute DOL, ELF or GCM format executables with images, pad, DVD and audio emulation.

Not so many Playable games and Very small in size Gamecube Emulator. Whinecube Emulator support HLE Primitive System -High Emulation. and it will work on Almost every Old PC’s

It might only play demos and a couple of PAID games. Since that time, it’s been stopped, but the source is accessible for other emulator writers to learn from.

If you want to play old Gamecube Games on your Windows PC try this GCEMU Emulator. This NGC Emulator will work on almost all OS’s. But you will miss some features you get on other Gamecube Emulators.

Dolwin is a small Opensource Gamecube Emulator written in C language. Developers says that it can’t run Commercial Gamecube Games but you can try, some may run. so don’t expect a high-level performance for commercial games. It is available for Windows only you can download it from below link

So the article gives you all round information about BEST Gamecube Emulators for Android and PC (Windows, Linux, MAC). It is pretty amazing that we can play all of Our favourite Video Games in our Gadgets.
if you have any suggestion to include in this list then use the Comment option below:)

If you found this Best Gamecube Emulators list helpful then do share it with your friends and Leave a comment below if you have any related queries with this. 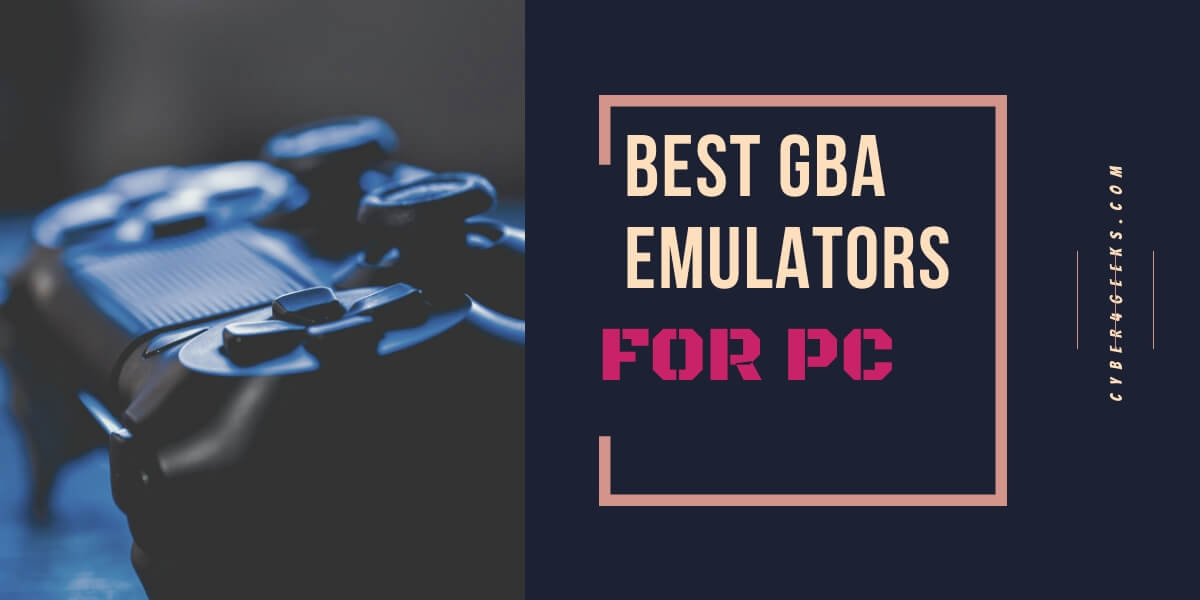 Looking for Best Gameboy Advance Emulators for PC (a.k.a GBA Emulators) You are in the right place. Many of you still have an interest in the old Nostalgic games in this New Generation. But the thing is you don’t have that OLD Consoles in your hand. Don’t worry you can enjoy almost all Games better than before with the help of Emulators.


An emulator is a piece of software reproducing the inner workings of a computer or a console on another computer or console.

I personally tested and reviewed these GBA Emulators. So you can select the BEST emulator according to your PC specs and needs

You can check out the Best Gamecube Emulators right here

What is Gameboy Advance Emulator?

The Gameboy Advance or GBA Emulator was a truly revolutionary portable. It had several iconic games such as Pokémon Ruby and Sapphire, Wario Ware Twisted, Castlevania: Aria of Sorrow, Legend of Zelda: A Link to the Past with Four Swords and many more.

The evolution of Nintendo Handhelds was pretty Amazing!.

One day in 1979 on a Train ride home Gunpei Yokoi some individual just playing with their calculator (yeah We’ve all done this during Exams if you are allowed to use the calculator in the Hall. :)) That’s when Yokoi got his Brilliant Idea

Game and watch were the first to console ever which have the D-Pad released in 1982 by Yokoi. It actually sort of worked like a calculator. On Nintendo’s 100th Birthday GameBoy released it was also called the Dot Matrix game. it went extremely successful and in total there were 43 Million Game and watches sold. Next, they released Virtual Boy(Failed), then made the Gameboy Pockets which was a slimmer version of the Gameboy, next was Gameboy Color there was no backlight in that model in the same year Nintendo released Gameboy Light, but it was just
Gameboy pockets with Backlight.

Eventually, in 2001, the Gameboy Advance was released. Development of Gameboy Advance took about 4 Years. and it became one of the most popular beloved handheld game systems ever created. honestly saying this is still worth playing:). It’s the games that define Gameboy advance because there’s a lot of them, more than a thousand worldwide. Another good feature is, It can also play old-school Gameboy and GameBoy Color Games which is pretty Amazing.

We listed Almost all popular Emulators working in Windows-based PC’s. Choose Best GBA Emulator For Your System from the below list. Filter the list and make a choice according to your needs. 🙂

Visual Boy Advance is probably the best GBA Emulator available right now. it is available for Windows and Mac-based systems. High-Speed Performance is one of the defining features of this Gameboy Advance Emulator.

No$gba which is abbreviated as “No cash gba“, as the name means you can play Gameboy Advance and Nintendo DS games without a single penny. yes, it is a Nintendo DS / DS Lite and GameBoy Advance emulator for Windows 10, Windows 8/7/XP and MS-DOS. Multiple OS support is one of the biggest advantages of this Emulator. And No$gba can play both Commercial and homebrew games.

You can download the latest version 2.9 of No$gba from below.

mGBA is an open-source Gameboy Advance Emulator. and it can play old Gameboy & Gameboy color Games also. Thanks to the developer Endrift. It targets reliability, accuracy, and speed. By yet, it’s probably the very complete GBA emulation attempt.

RascalBoy is one of the BEST Lightweight GBA Emulators for PC. Don’t get confused by its Size (275KB), it had the ability to do most of the core functions of Gameboy Advance. Thanks to the Developer Lino Maglione. You can download RascalBoy Emulator and it’s Multiplugin from below.

BoycottAdvance is a free and portable emulator for the Nintendo Gameboy Advance handheld. BoycottAdvance is available on Windows, Macintosh, BeOS, Linux, FreeBSD and there is even a Java port, playable online. Minimum Requirements are a Pentium III 700 Mhz (to get full speed and full sound in most games).

Another Lightweight Emulator for Playing Gameboy Advance games on PC. BatGBA emulator works even in very Low configuration PC’s also.so it only requires win9x/NT/2000/XP with directx7 for work. One thing you need to remember is Bios image is a must for BatGBA to work.

So these are the BEST Gameboy Advance Emulators for PC. These GBA Emulators list is for Windows, Mac, Linux Operating Systems. Are there any Emulators that you like not on this list? Let us know in the comment section below:).

If you got the desired information from this guide Share it with your friends:)

How to Increase Internet Speed in Windows 7 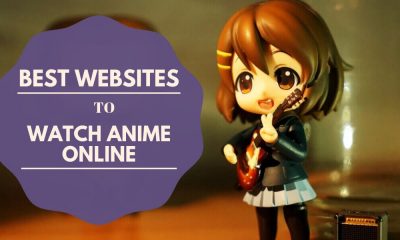 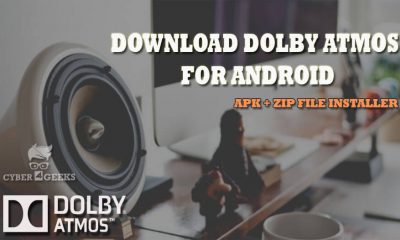 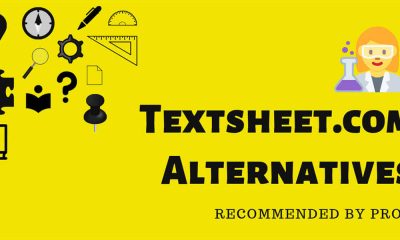 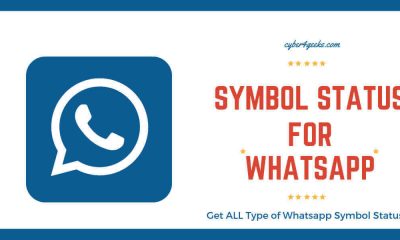 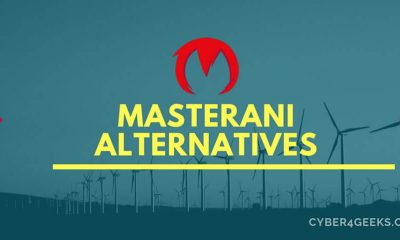 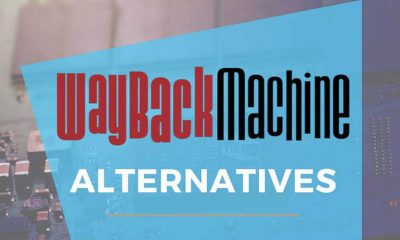 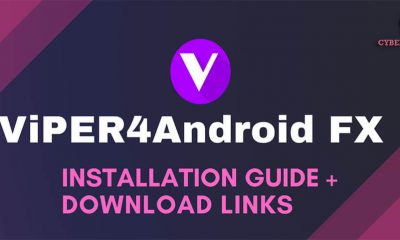 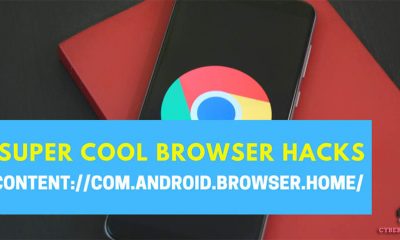 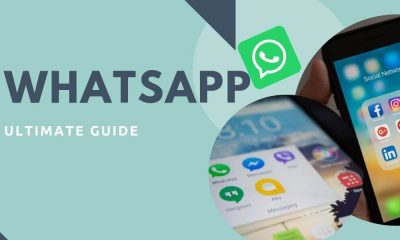 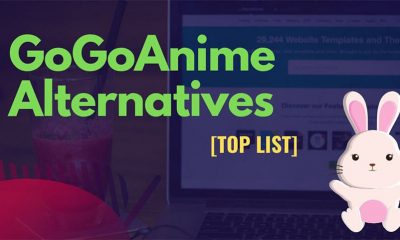